Father Edward Powell was from 1866 to 1885 the rector of St. Alexander, Bootle, and from c.1879 to 1883 Teresa's spiritual director, to which she was under oath of obedience.  He was a most zealous, holy and learned priest given to mortification and asceticism.  It was largely due to him that Teresa wrote the extensive letters about the devotion to the Sacred Head and her mystical life, and that we know so much about her.  She was a most discrete and self effacing woman who utterly loathed to attract attention or talk about her spiritual and mystical life, and it was under his express orders that she wrote of the secrets of her soul, which was to cause her much pain. 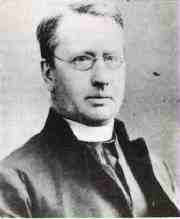 He was born on September 25th 1837 in Wavertree near Liverpool to a family of corn merchants and educated in at St. Edward's College, Everton.  Under the influence of the scholarly Bishop Alexander Goss of Liverpool he underwent training for the priesthood in Bavaria and in Rome, becoming proficient in German, French and Italian, and winning a prize in Hebrew.  He was ordained priest in St. John Lateran in Rome on April 19th 1862, and at first was Bishop Goss's secretary.  He caught cholera in ministering to victims in an epidemic, and was to barely survive.  In 1866 he was dispatched to be rector of St. Alexander, Bootle, which at the time was undergoing severe difficulties, which he remained until October 1885, when he was moved to Lydiate on the outskirts of Liverpool due to the controversy that Teresa caused.  There he remained until his death on December 26th 1901, where Teresa came to nurse him in his illness.

Brian Honnor in his pamphlet Appreciations of Teresa Helena Higginson was to comment: 'He was a devoted shepherd to his flock - in the pulpit, at the altar, in the people's homes, with a zeal that drove him out to the highways and byways.  His piety was deep and his austerities included the discipline and hairshirt.  After his death his confessor declared his belief that he had never stained his baptismal innocence by any deliberate venal sin, and said that as a confessor and director of souls he had discharged his duties "to the utmost perfection of his gifts".'

In Lady Cecil Kerr's biography of Teresa it is claimed that he consulted the Cure of Ars St. Jean-Marie Vianney about the welfare his parish, as all his prayers and sacrifices were coming to naught.  The Cure it seemed suggested that he should try blood, and on Fr. Powell's death, it was found that he wore a hair shirt.  This however is very unlikely, as St. Jean-Marie died in 1859, and Edward Powell was unordained at the time.

Email ThisBlogThis!Share to TwitterShare to FacebookShare to Pinterest
Labels: Priests associated with Teresa 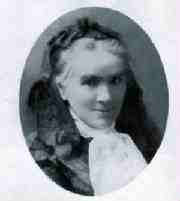